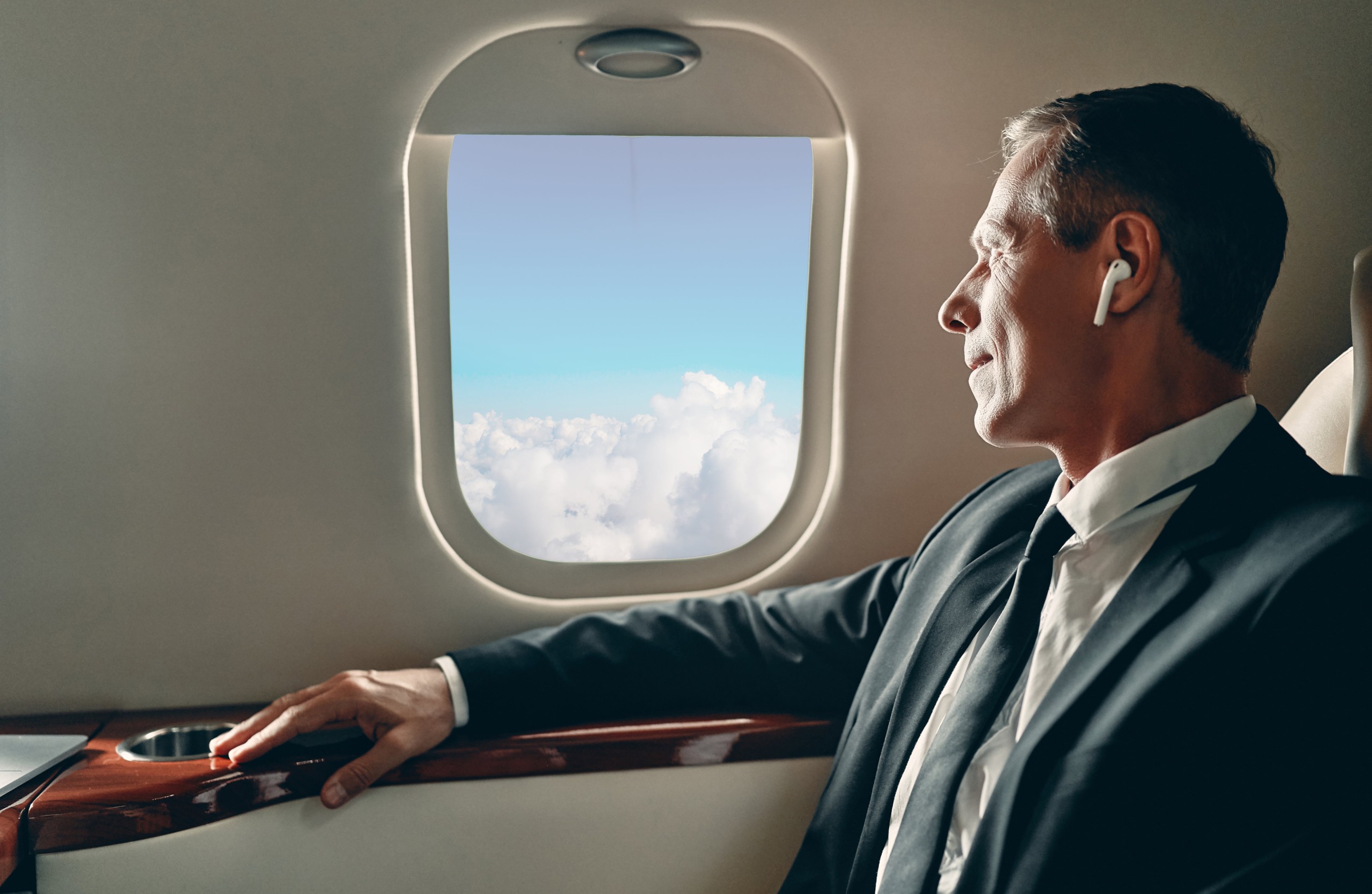 Can I Use Wireless Headphones in the Cabin and Can I Connect Them to IFE?

Yes – you can use Bluetooth headphones on planes. That’s because they’re short-range devices and generally cause negligible interference for aircraft. The FAA – a stickler when it comes to aircraft safety – decided Bluetooth was safe in 2013.

Can You Connect Bluetooth Headphones to Seatback Screens?

Up until recently the universal answer was no – but that is beginning to change. In 2021, United Airlines announced that passengers on their Boeing 737 Max 8s will be able to connect Bluetooth headphones directly to their seatback display.

It may seem surprising that it took major carriers this long to adopt the technology. Bluetooth isn’t exactly new, but there have been longstanding connectivity issues when dozens of Bluetooth devices are connected in a confined area. The cabin technology that allows reliable simultaneous connections has only recently been developed.

With the proliferation of affordable wireless headphones and the ubiquity of Bluetooth in devices, it’s more unusual to see people walking around with wired headphones. Requiring flyers to have headphones with a 3.5mm audio jack in the 2020s seems outmoded. Now that the technology is available, it’s likely that more airlines will be adopting this capability soon.

If you are a flyer worried about whether Bluetooth is safe on flights this should also ease your concerns. If it was dangerous, United and other airlines wouldn’t be installing systems that allow more than a hundred people to simultaneously connect their Bluetooth devices on a flight.

Do I Still Need to Keep My Phone in Airplane Mode?

Yes – that’s one restriction that isn’t changing anytime soon. This can be a challenge since many phones still turn off Bluetooth when you put the phone in airplane mode, despite Bluetooth being safe on flights. In most cases you’ll be able to turn on specific functions after you put your phone in airplane mode – like Bluetooth. But you shouldn’t use your cellular data in the air.

The only other problem with using your own devices on flights is battery life. Draining your phone on the flight is inconvenient, especially when you still need to book an Uber or call someone for a ride once you land. The only airline to offer standard power and USB ports for charging at nearly every seat is Virgin America. Delta, US Airways, United and American have power outlets in First Class and in some cases Business Class, but they generally aren’t available for flyers in economy.

The one advantage of the reliable, old-fashioned 3.5mm headphone is they don’t require any power source. If your Bluetooth headphone battery dies midflight, you’ll likely be headphone-less for the remainder of your trip – unless you’re lucky enough to be in a seat with an outlet or a USB port for charging.

Making the Most of Each Passenger’s Time in the Air

At Rosen Aviation we’re passionate about designing cabin technologies that make flying comfortable and enjoyable for passengers. We specialize in a variety of IFEC technologies and cabin controls that make it easy to manage every aspect of cabin comfort and entertainment.

If you’d like to learn about some of the new technologies our experts are developing, call us at 888-668-4955.