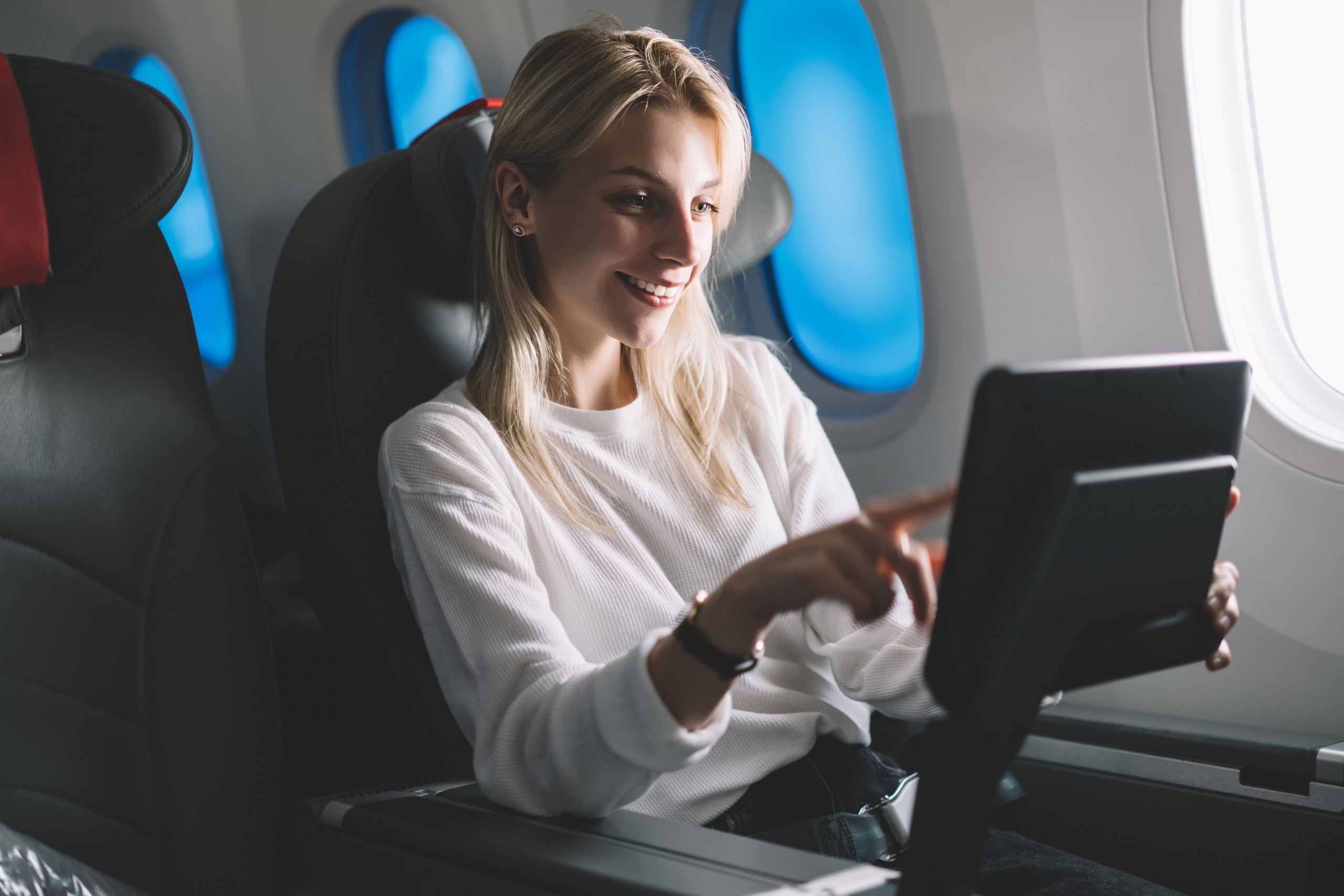 There’s a fundamental question you have to answer before choosing which in-flight entertainment options to install in an aircraft cabin – what do flyers want most when they’re hurdling through the air in the fuselage of a jet?

Three quarters of surveyed flyers said they are willing to pay for in-flight Wi-Fi. It’s essentially a settled argument at this point – people expect internet connectivity to be available on planes. Passengers want to stream the content of their choice rather than be stuck with the often-limited offerings of the airlines.

People still like watching movies and TV on flights – they just want to control the media they consume.

In 2018, Research and Markets began offering global forecasts for the In-Flight Entertainment & Connectivity Market, a good indicator for just how important this particular industry is becoming for modern travelers.

In-flight entertainment is becoming more cutthroat each year. Alaska Airlines knew its nearly $40 price tag for slow internet access on long flights has been angering customers, which is why they’re transitioning their fleet to satellite internet and dropping the price to about $20 per flight.

Delta’s CEO Ed Bastian is on the record that the company intends to eventually offer Wi-Fi free to all passengers.

JetBlue has been one of the few upstarts to compete with the bigger nationwide carriers over the past decade – and it’s not just because passengers are willing to sacrifice some of the bells and whistles for a better price. JetBlue does a good job of focusing on what people actually want from a flight, which these days often boils down to getting to their destination safely and getting FREE Wi-Fi.

Carriers that aren’t offering satellite broadband are quickly running into bandwidth problems as each year a higher percentage of passengers are streaming simultaneously on flights.

In some cases, content providers are actually offering services free to nationwide carriers to appeal to the many flyers in the nation’s airspace. Apple, for example, foots the bill to provide free Apple Music on American Airlines flights.

Major carriers and charter companies need to seriously consider their passenger’s IFE expectations when investing in the optimal solution to maintain competitive in-flight entertainment offerings. What can’t be overlooked is the fact that nearly every passenger already has a high-definition, internet-enabled device in their pocket as they board.

This has led to a “Bring Your Own Device” (BYOD) mindset being adopted by many carriers and IFE companies. Some major carriers have developed their own dashboards that passengers can log into for not only flight information but also for streaming content provided by the airline.

Rosen Aviation understands the desires of modern passengers and develops solutions to help aircraft owners give the people what they want. We offer start to finish in-flight entertainment solution development as well as a number of existing products that can be used to retrofit older aircraft or upgrade existing in-flight entertainment capabilities. Our services include:

Some of these products include:

Our aftermarket products are a good example of the type of luxurious and convenient in-flight entertainment solutions we develop for our partners. If you want your passengers to enjoy best-in-class entertainment in the air, Rosen Aviation can help make it happen.

Contact us today to learn more about our products and services or to discuss your IFE needs.