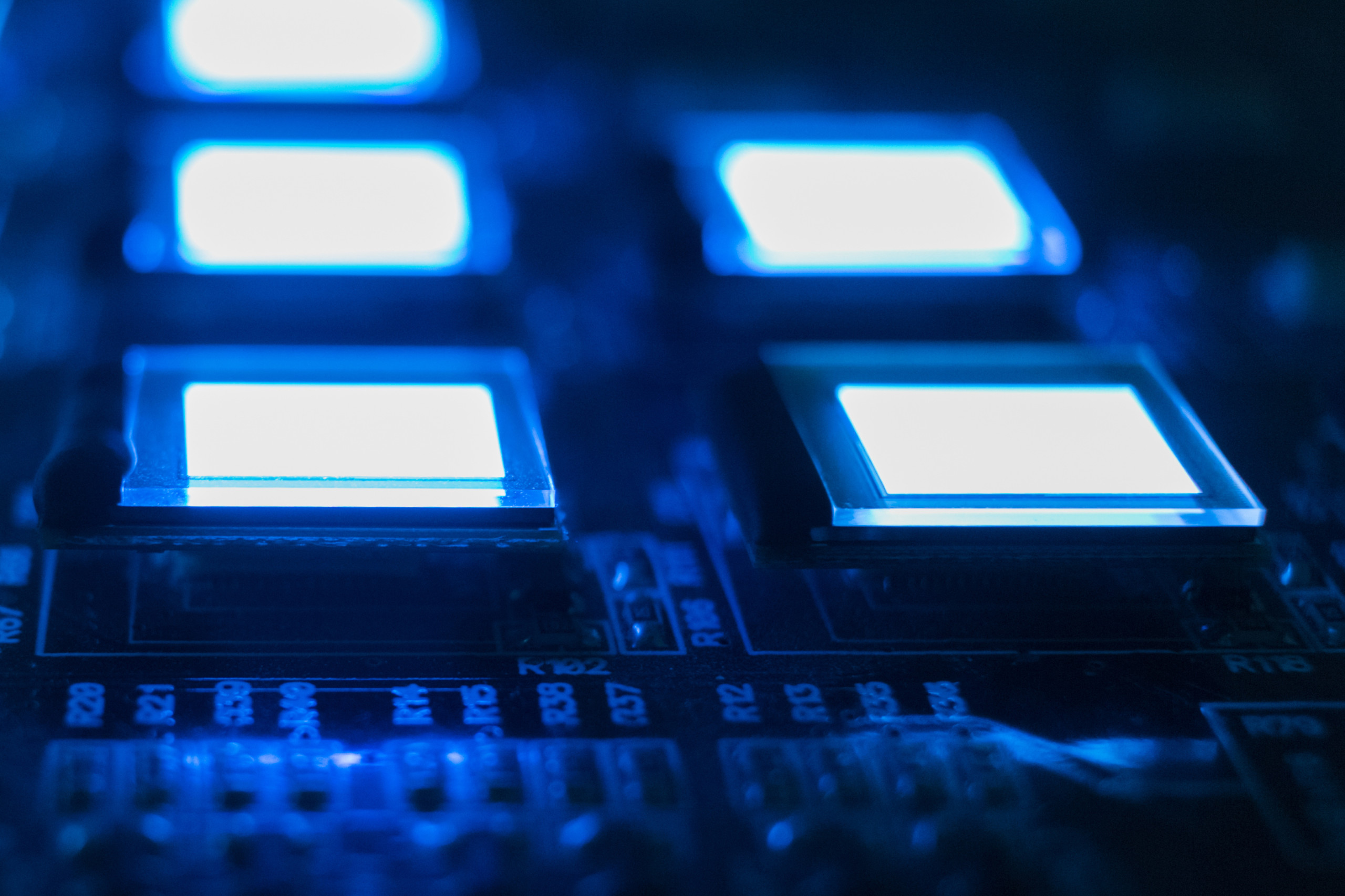 New TV Styles That Could Save Space in Aircraft

Organic light-emitting diode (OLED) technology has upped the quality of movie and TV viewing in aircraft cabins – but traditional entertainment isn’t all these new screens offer. OLED has also dramatically altered cabin atmosphere modification and design options. Whether OLED will join seatback screens or inflight Wi-Fi as mileposts in IFEC and cabin customization remains to be seen, but it holds that potential.

How Does OLED Work?

The terms LED and OLED are similar enough that people should be forgiven for assuming they’re essentially the same technology. What is consistent is the light emitting diodes part. An LED is a tiny light. They’re frequently found on things like electrical instrument or circuit panels.

Color and brightness depend on the mix and intensity of the diodes being used for any given frame. These LEDs are collected into liquid crystal display (LCD) backlights, which is what distributes the light and generates the image on the display.

There are a variety of potential backlighting options available in LED TVs. Full-array has LEDs uniformly distributed behind the screen. Edge-lit LED TVs only have the LEDs around the edge of the screen. Direct-lit LED TVs have LEDs distributed similarly to full-array LED TVs, except with fewer LEDs.

OLEDs are markedly different in that there is no backlighting of an LCD display. Each pixel in an OLED display is its own source of illumination.

OLED pixel lighting is a lot more complex than LED displays in terms of generating an image. The organic layer contains molecules that react to an electron beam. The molecular reaction to the electron beam fed through each pixel generates specific RGB colors and light intensities.

The first successful commercially viable TVs were big boxes with tiny screens (often about seven inches), like the Motorola Golden View. These cathode-ray tube (CRT) TVs were produced in the mid- to late-1940s. CRTs dominated the TV market until plasma displays. Plasma displays were becoming relatively common by the 1990s, but in the 2010s their sales cratered due to the affordability of LED/LCD televisions.

Although LCD and LED displays were being developed in the 1960s, LED-backlit LCD televisions weren’t dominating TV sales until the late 2000s and early 2010s.  Coincidentally, the first commercially sold OLED, the Sony XEL-1, wasn’t far behind. The 11-inch OLED TV, the thinnest ever produced up to that point, had an MSRP of $2,500.

Display Technology Has Advanced Quickly in the Past Few Decades

People quickly went from buying big, boxy cathode-ray televisions to thinner plasma screens to thin and light LCD televisions. Although traditional backlit LCD technology will likely be around for a while longer, it’s certainly possible ultra-thin OLEDs that outperform LCD in picture quality will eventually dominate the market.

Which is best for an aircraft depends on each purchasers needs and budget. When decision makers and aircraft owners decide to outfit their jets with new IFEC equipment, will they choose the heavy, bulky, power-hungry displays or the light, thin, efficient displays with equal or in many cases better picture quality?

When put that way, the choice seems obvious. If anything, aircraft cabins seem like the logical space to lead the adoption of OLED. That doesn’t mean OLED will always be the best choice, but it is likely the future of cabin display technology.

Are You Ready to Make the Switch to OLED?

Rosen Aviation is proud to offer an array of display options to aircraft owners, airlines and aircraft cabin professionals. Our current display technology ranges from 4K UHD LCD displays and 4K UHD OLED displays to personal HD displays and HD remote electronic bulkhead displays. The best option for your situation depends on your space constraints, budget and the role of the display in your aircraft.