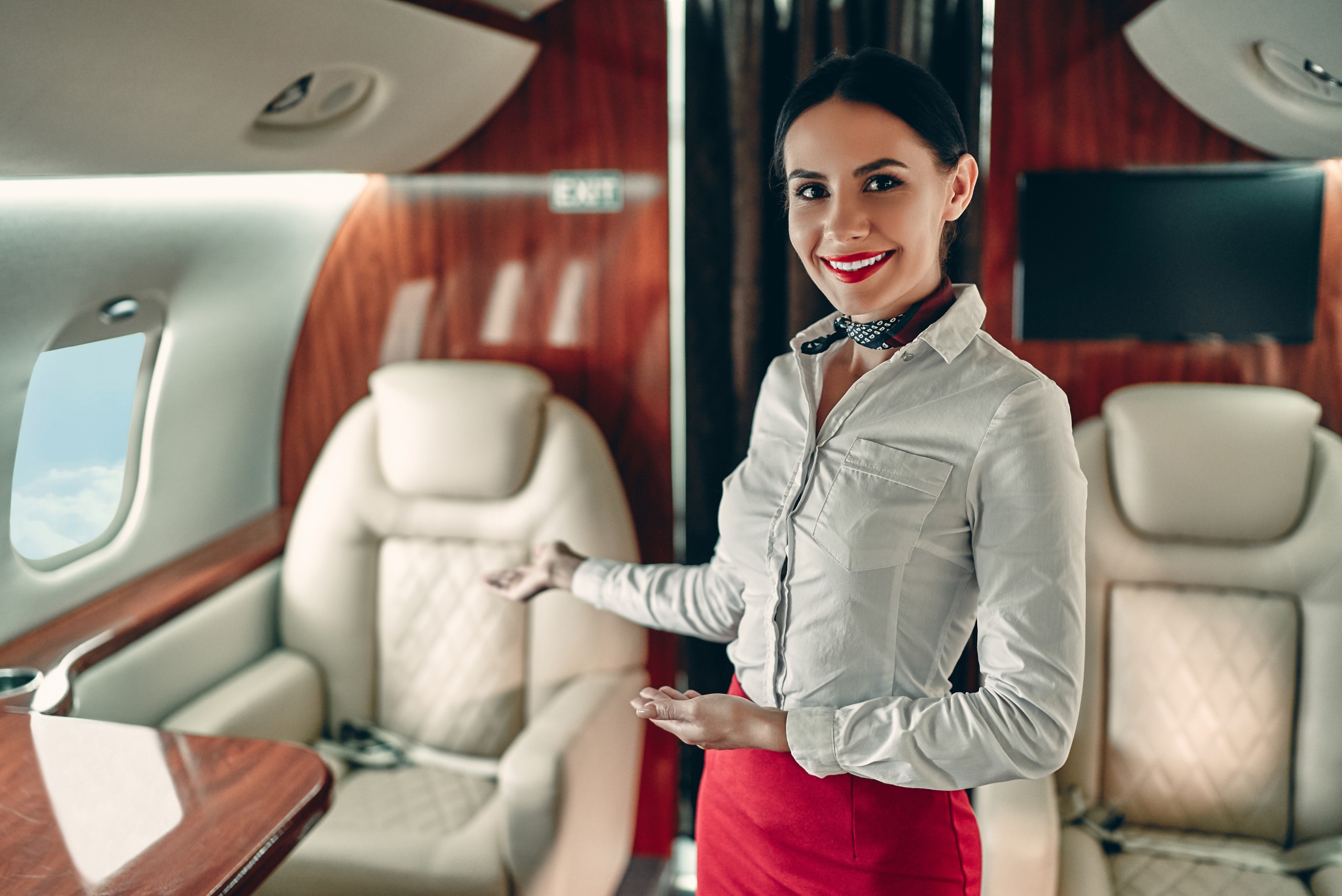 The Evolution of Aircraft Cabins

In the beginning of commercial air travel passengers were an afterthought. Aircraft were primarily used for transporting mail and freight in the early to mid-1920s. The largest airline during that time was operated by USPS.

In the later half of the 1920s, as planes became bigger and more reliable, passenger travel became more of a focus. One of the mainstays of this early era, their version of today’s Boeing 737 or 747, was the Ford Tri-Motor.

The Tri-Motor boasted a 12 passenger capacity, had a range of about 550 miles, a top speed around 150 mph and a cruise speed of about 110 mph. The interior looked like a narrow coach train car, with an isle down the middle and a single seat on either side.

The Tri-Motor’s reliability was so legendary that some were still in service when the 1960s rolled around.

Some versions of the commuter Ford Tri-Motor were also some of the earliest adopters of plane bathrooms. In the early days of air travel, toilets weren’t considered an absolute necessity, primarily due to the limited range and flight times of aircraft. If you can only fly for three hours at a time, chances are most passengers will be able to hold it.

Airplane food as a concept actually arrived relatively early in air travel as well. As early as 1919 some London to Paris flights, which took about two and a half hours, served food.

By the 1940s, planes like the Douglas DC-3 came around that had cabins recognizable to today’s flyers, including overhead bins, similar chairs and rectangular windows along the fuselage.

Maybe the biggest change that increased the quality of life for passengers was cabin pressurization, which really didn’t become a standard cabin feature until the Boeing 307 in 1938. Flying without some kind of breathing apparatus in unpressurized cabins required planes to stay below 15,000 feet, which also meant passenger planes had to fly through a lot of weather rather than above it.

The Boeing 307 was able to cruise at 20,000 feet, above the majority of weather disturbances. It was also wider than many previous commuter aircraft, with a cabin that was 12 feet wide. The average Ford Tri-Motor had an average cabin width of about four and a half feet.

Pressurization allowed planes to fly far higher safely. Supercharged engines and then jets also made flights a lot faster for passengers. The Boeing 307, for example, had a top speed of 241 mph with a cruise speed of 220 mph and, maybe most importantly, a range of about 2,390 miles.

The Boeing 307 could go significantly faster than the Tri-Motor’s 110 mph and much farther than it’s limited 500 mile range.

It was around this time in the late 1930s and early 1940s when the comfort and amenities of commercial aircraft cabins, combined with the speed of travel and range, allowed commercial carriers to start really competing with maritime and rail transportation.

It wasn’t until the 1950s that jet airliners entered commercial aviation. The Boeing 707 began ferrying passengers in 1958 and essentially solidified modern commercial air travel as we know it. Flyers today could walk onto an early jet liner from the 60s and, other than the dated seat upholstery, feel as at home and familiar with the cabin interior as they would getting on a 737 or 747.

Private aircraft are certainly not a recent invention in the aviation industry. Planes like the Woolaroc III, developed by a German airline but used by the owner of Phillips Petroleum Company from 1935 to 1940, boasted a luxurious interior that looks a lot like a paired down cabin layout you might recognize in today’s modern private aircraft, minus the technology.

The Fokker series, such as Fokker F-32 and Fokker XXXVI had sleeping berths that ranged in comfort from bunkbed cots like you might see on a ship to mini-rooms with mattresses. The diversity of planes and manufacturers in the 1930s resulted in a variety of cabin styles, ranging from simple bench seats with old fashioned sconce lights over each chair to personal cabins that looked like something a traveler might enjoy in a luxury railcar or ship.

Lockhead, Lear, Dessault and Gulfstream began producing actual private jets in the 1960s. It didn’t take long for private jet ownership to become popular among the rich and famous. Frank Sinatra was a trailblazer in this regard, purchasing a Learjet 23 in 1965.

Sinatra’s first jet was pretty cramped compared to later generations. It had room for six passengers and a maximum speed of 561 mph, a dramatic leap from the speed of propeller planes. Many credit the Gulfstream II, released in 1966, as taking the first big step up in private jet cabin size and luxury.

The biggest strides in today’s business and corporate jet cabin comforts tend to be related to electronics entertainment and connectivity. Rosen Aviation develops, manufacturers and supports an array of customized display and flight information solutions for all types of commercial and private aviation needs. You can learn more on our website or by calling 888-668-4955.