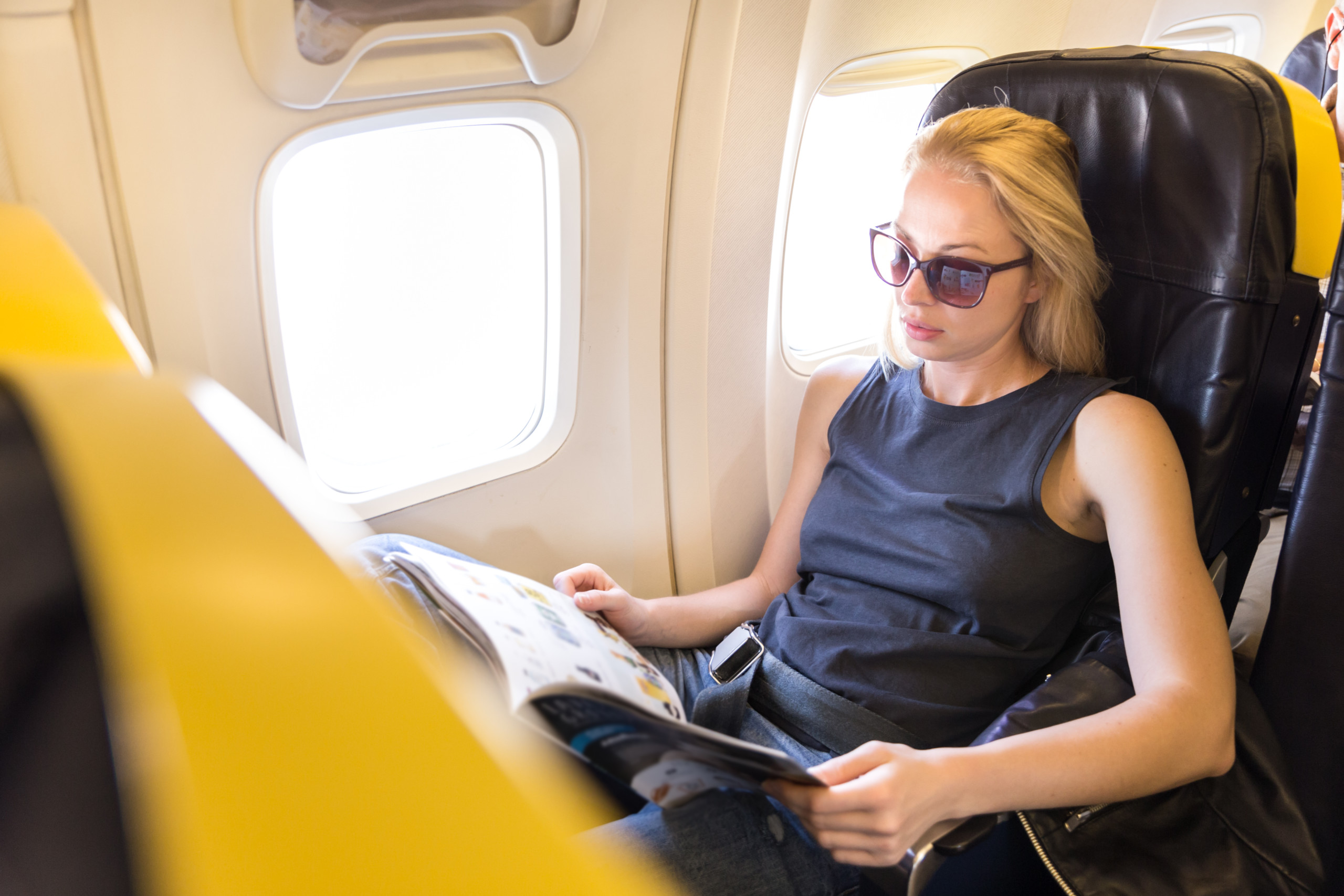 The Rise and Fall of SkyMall

The rumors of SkyMall’s demise are greatly exaggerated – sort of.

The pre-inflight-internet ‘90s may well have been the dark ages when you consider IFE available during this time. Passengers were limited to one – maybe two – inflight movies, whatever archaic paper book or magazine they carried onto the plane and potentially some kind of Discman or Walkman.

And, of course, those little handheld Poker or Yahtzee games that should truly be credited as the first viral mobile games.

If you forgot to bring any of those rudimentary entertainment options, there was one reliable fallback – SkyMall.

SkyMall had some interesting ideas about being the retailer of the skies. Back in its early days SkyMall had a goal of getting passengers to order in flight (within 20 minutes of landing) and would have their purchase waiting at the airport. SkyMall accomplished this by purchasing warehouses near major airports to reduce delivery time.

It didn’t take long before the company adopted a more economical home-delivery model. In the early years, SkyMall attempted to sell products people needed, but they soon discovered the most popular items were goofy impulse buys.

The life-sized Bigfoot/Garden Yeti statute, weighing 147 pounds, was historically one of their most popular products – it cost $2,250. You could also buy this shark shaped Seabreacher for a measly $85,000.

It’s likely the eclectic selection played an important role in making the magazine such a memorable fixture in seat-back pouches of every major carrier’s cabin.

SkyMall left an indelible mark on the nation’s air travel. Periodically you’ll still see articles about “The Best Things SkyMall Ever Sold” or “The Top 20 Products We Never Needed” to remind us of this magical odd ball publication that became ubiquitous with air travel at the end of the 20th century.

A Brief History of SkyMall

The company was founded by Robert Worsley in 1989. The initial business model, which required the use of warehouses filled with SkyMall products close to major airports, was losing the company about $6 million per year by 1993. That’s when the company essentially switched to a pure advertising model where other companies paid a flat fee to get their mail-order products in SkyMall.

Towards the end of its publishing life in 2014, SkyMall advertising placement rates ranged from $41,100 for a quarter page ad to $128,700 for a full page (plus a 6 percent transaction fee). Advertisers could also opt for profit sharing deals to get cheaper rates on ad placement.

SkyMall was making roughly $130 million annually when 60 percent of it was purchased by Xhibit Corp in 2013. There was quite a bit of controversy surrounding Xhibit in part due to the way it became publicly traded through a reverse takeover of a shell company known as NB Manufacturing. Xhibit generated revenue by selling things like online education, weight loss products and home-based business leads. Market analysts had some concerns about the company’s business model and strategies.

SkyMall and its parent company filed for Chapter 11 bankruptcy in 2015, during which it was purchased by C&A Marketing for just $1.9 million.

The brand itself still exists, although now it is primarily an e-retailer. The product offerings still include quirky one-offs and impulse buys, but they tend to be less about novelty and more about practicality.

Seatback screens and smart devices have simply made inflight magazines less necessary. Even if someone doesn’t have a smartphone or tablet, they likely have more options than ever before for watching or listening to content on seatback displays. The days when flyers were desperate for anything to make time go by a bit quicker are, for all intents and purposes, behind us.

The Impact of Coronavirus on Inflight Publications

The COVID-19 pandemic has impacted nearly every industry in countless ways. The negative impacts for aviation are obvious, but a less frequently discussed consequence has been the pandemic’s effect on inflight magazines.

Southwest, Delta and Alaska have all suspended their publications. American and United’s inflight magazines have resumed, but mostly as a downloadable document rather than a physical magazine. United Hemispheres, United Airline’s inflight magazine, is being mailed to MileagePlus members.

Make Sure Your Passengers Don’t Lack for Inflight Entertainment

Rosen Aviation is committed to developing innovative IFE solutions for all types of aircraft and clients. We have experience working with major carriers, charters, private aircraft owners and everyone in between. Our robust team of designers, engineers, technical experts, manufacturers and testers allows us to develop flexible technological solutions to enhance the inflight entertainment available to passengers.