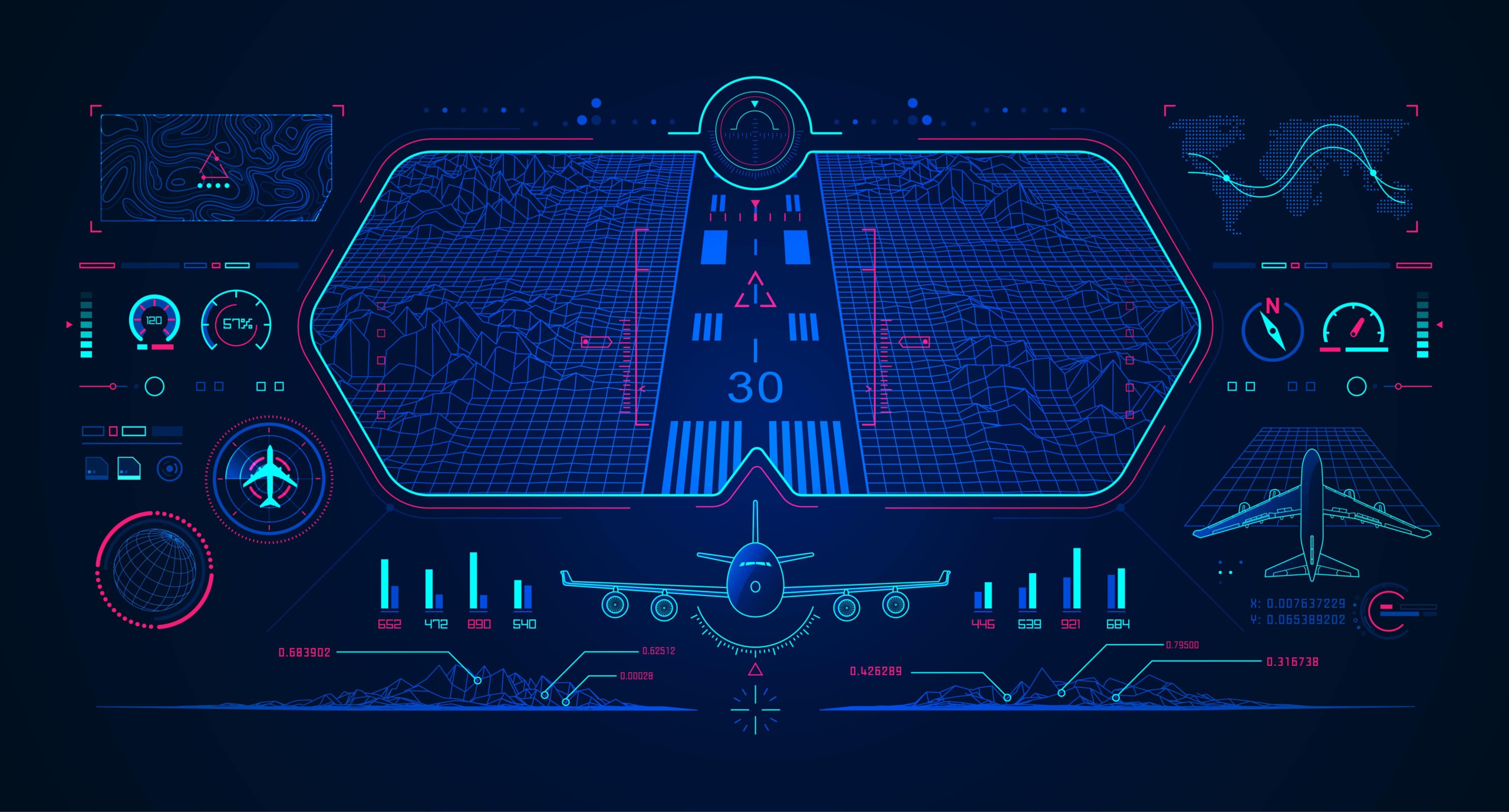 Touchscreen controls have been a mainstay of cutting-edge cabin control for most of the previous decade. They’re sleeker, more aesthetically pleasing and less intrusive than many traditional button panels. Touchscreen applications can be much more easily updated and customized than physical buttons and knobs. It’s just a matter of updating software rather than replacing panels and modifying interior spaces.

However, touchscreens aren’t necessarily the pinnacle of aircraft cabin controls. Although they’re still the best readily available solution, they’re no longer the only solution.

Rosen Aviation’s Maverick Project is one example of what future cabin controls may look like. Holographic keypads and dials can be projected on all kinds of surfaces, turning any wall or table into a control panel. While touchscreens are unobtrusive, they can’t entirely disappear once they’re no longer needed. Augmented reality and holographic controls hold that potential.

But what about in cockpits? If you’ve seen images of SpaceX’s Crew Dragon cockpit, you may have noticed that the vast majority of the craft’s controls take the form of touchscreens. That approach to craft control is a marked departure from the norm. Even jet and airplane cockpit controls are still primarily buttons, dials, yokes, pedals and levers.

There are some good arguments for relying on more traditional controls in the cockpit.

Although software is getting better, and each year more systems in jets can be safely automated, it is still vital to have control redundancies and pilots who know how to react if something goes wrong. A one in million glitch may be rare, but it’s also not beyond the realm of possibility, especially with tens of thousands of flights circling the globe every day.

Precision control with touchscreens can also be difficult. In an emergency, a pilot may need to reach out and flip a switch or turn a dial. It’s important they know exactly where that switch is without needing to look down at it. When the controls are only on a touchscreen those actions can become difficult.

The need for reliable redundancies or physical controls doesn’t necessarily mean aircraft cockpits are static. One example is the Garmin G1000, an integrated flight instrument system that takes the form of digital displays. These displays have replaced the majority of the traditional flight instruments. It can be installed in a number of private or charter aircrafts, including Beechcraft, Cessna and Cirrus aircrafts.

One of the reasons so many airlines stick with the seemingly antiquated and complex cockpit control systems is the cost of changing anything. American Airlines has about 900 aircraft, including more than 300 Boeing 737s and 200 Airbus A321s. It’s important their pilots are familiar with whatever aircraft they’re assigned to that day, which incentivizes uniformity.

Overhauling cockpit controls in hundreds of aircraft can be a huge expense, plus there are safety and training concerns. Errors in air travel are simply unacceptable due to the severity of the consequences. Why mess with a system that works?

But things are changing. If you look at the new Boeing 737 MAX cockpits, you’ll notice digital screens take up more real estate than they did in the Boeing 737 NG cockpits.

What goes on in the cockpit of an aircraft and the passenger experience in the cabin are two very different things. In addition to the expectation of safety, customers should also be confident their trip will be comfortable and convenient.

Cabin controls that allow for precise adjustments in the cabin environment are important, but functionality isn’t the only concern. Aesthetics should also be considered when designing a cabin control system. As of now, touchscreens are still the best widely available solution – but who knows what the future may hold?

Learn about the latest advancements in cabin controls by contacting our team at Rosen Aviation.

Touchscreen controls have been a mainstay of cutting-edge cabin control for most of the previous decade. They’re sleeker, more aesthetically pleasing and less intrusive than many traditional button panels. Touchscreen applications can be much more easily updated and customized than physical buttons and knobs. It’s just a matter of updating software rather than replacing panels and modifying interior spaces.