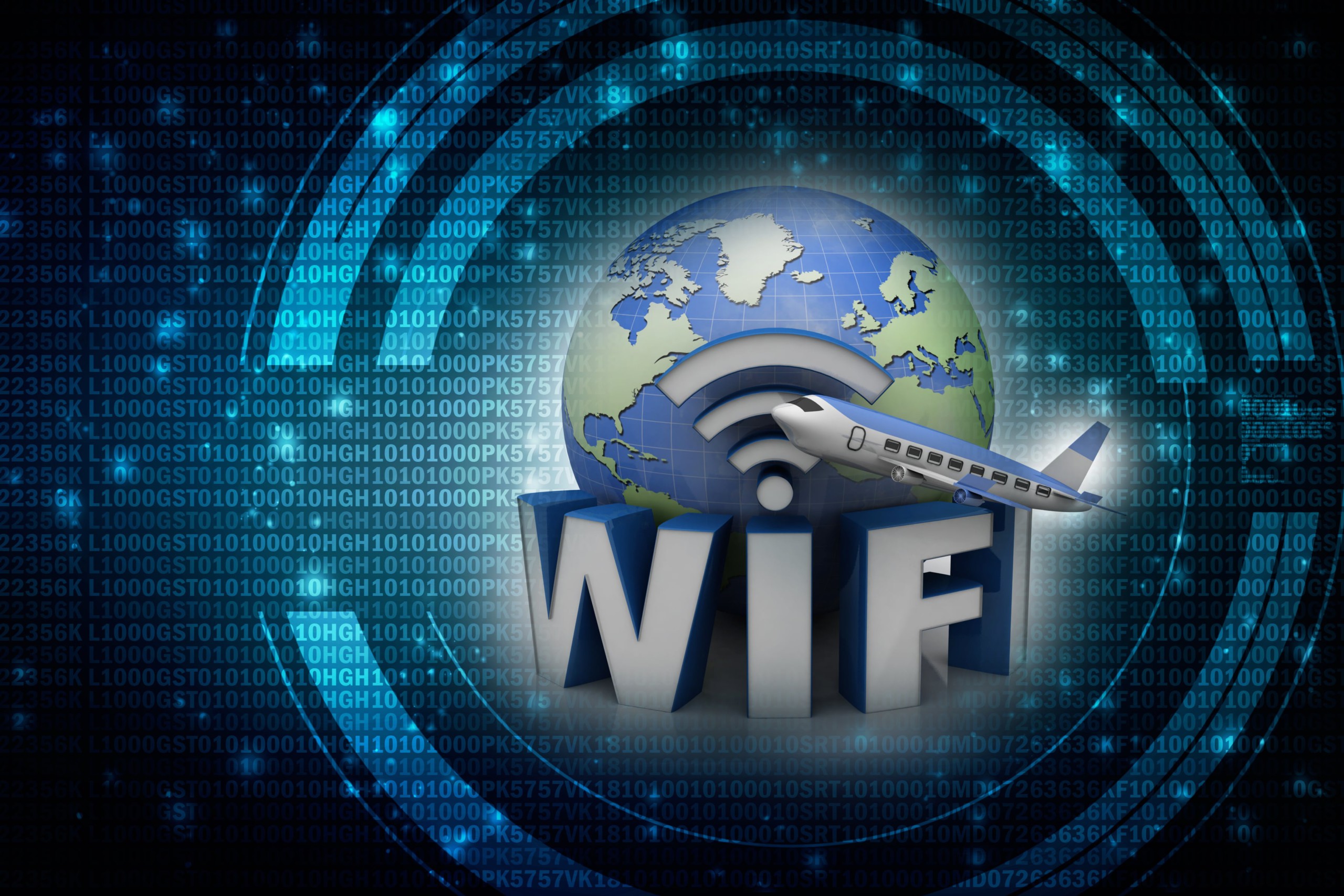 What Is Aviation Broadband Wi-Fi?

Aviation broadband Wi-Fi is essentially a wireless connection to in-flight internet. With Wi-Fi on solid ground being found in nearly every home and business, it is no surprise Wi-Fi is now becoming a standard aircraft commodity.

The world has become dependent on the internet. We run businesses, shop, work, stream and browse all day, every day. According to Pew Research Center, 31 percent of American adults are almost constantly online. People always have an expectation for access to networks, and flights are no exception.

For the past several years, Wi-Fi has played a significant role in how passengers measure flight quality. Back in 2018 two thirds of passengers said the quality of Wi-Fi played a significant role in carrier loyalty. Nearly 80 percent of those surveyed said Wi-Fi was vital in their daily lives, and 55 percent said it was equally important in the cabin.

The perceived quality and accessibility of today’s aviation broadband continue to vary greatly from carrier to carrier.  A study from the London School of Economics and Political Science’s Department of Media and Communication reported that only 25 percent of the world’s planes are currently offering some form of internet connectivity. That means only about a billion of the 3.8 billion passengers who fly around the world yearly have access to inflight Wi-Fi.

That stat means less here in the States or in Europe where every major carrier offers some kind of Wi-Fi. However, as we’ve discussed in previous blogs, not every major carrier’s Wi-Fi package meets the needs or expectations of flyers.

Southwest Airlines, for example, offers relatively cheap Wi-Fi access on their flights at just $8 per day. But accessibility and affordability aren’t everything. If passengers are hoping binge watch their favorite shows on their personal devices, they will be out of luck on Southwest. Their Wi-Fi is notoriously thin on bandwidth and doesn’t allow passengers to use streaming services such as Netflix or HBO.

Some Airlines, like American Airlines, charge a bit more at $10 per flight or $49.95 a month. Many passengers are willing to pay that cost because the superior bandwidth allows them to stream content.

As of mid-2021 the only airline that’s still gone all-in on free streaming-quality Wi-Fi is JetBlue. The airline has been awarded for their Wi-Fi generosity with more than a dozen J.D. Power Top Customer Satisfaction Honors. They frequently rank either first or second in budget carrier satisfaction in large part thanks to their IFEC.

There’s a compelling reason more airlines aren’t following JetBlue down the free aviation Wi-Fi path. The London School of Economics study estimates that upgrade fees (baggage fees, onboard duty fees, etc.) earn airlines about $60 billion a year. Broadband-related fees (including things like booking hotels and cars in the air, online shopping, etc.) are expected to bring in about $130 billion in revenue for the industry by 2035.

Broadband and the e-commerce sales it facilitates is an aviation cash cow, and there are significant monetary incentives to leverage IFEC to generate revenue. There’s an argument that offering free Wi-Fi that enables and encourages flyers to spend money on shopping and booking makes business sense. On the other hand, fees for broadband access are expected to total about $30 billion by 2035.

What isn’t up for debate is the popularity of good IFEC. After the lull in travel from the pandemic, improved broadband Wi-Fi is becoming a popular investment for both commercial and business aircrafts.

Should Aircrafts Use ATG or Satellite?

There are two primary forms of broadband connectivity available for airlines to use:

Which is best depends on where the aircraft travels: overseas or domestically. It also depends on the way their passengers predominantly use the Wi-Fi connection that is available on those flights.

ATG is most appropriate for domestic travel since it’s dependent on cell towers for connectivity. Satellite tends to be preferred for large planes going long distances, as they require special hardware to be installed on the plane so a consistent connection can be maintained.

Speed and accessibility matter to passengers, whether they are streaming a show or working on a business proposal. That makes bandwidth an additional determination of network options for aircrafts. According to the London School of Economics, 80 percent of passengers have some form of device that can access the internet. Bandwidth can run out quickly when 80 percent of passengers are running their devices at the same time.

The ultimate decision depends on the airline or jet owner, how much they want to spend, the number of devices that will be connected on an average flight and how passengers will use the Wi-Fi. ATG costs less than satellite, but it may struggle to maintain a stable connection, which has the potential to anger passengers.

Rosen Aviation is committed to helping our clients provide an exceptional inflight experience to their passengers. We’re always looking for ways to enhance passenger satisfaction and facilitate more restful and productive travel experiences.

Contact the team at Rosen Aviation to learn about the ways we’re making flying more relaxing and productive for passengers.