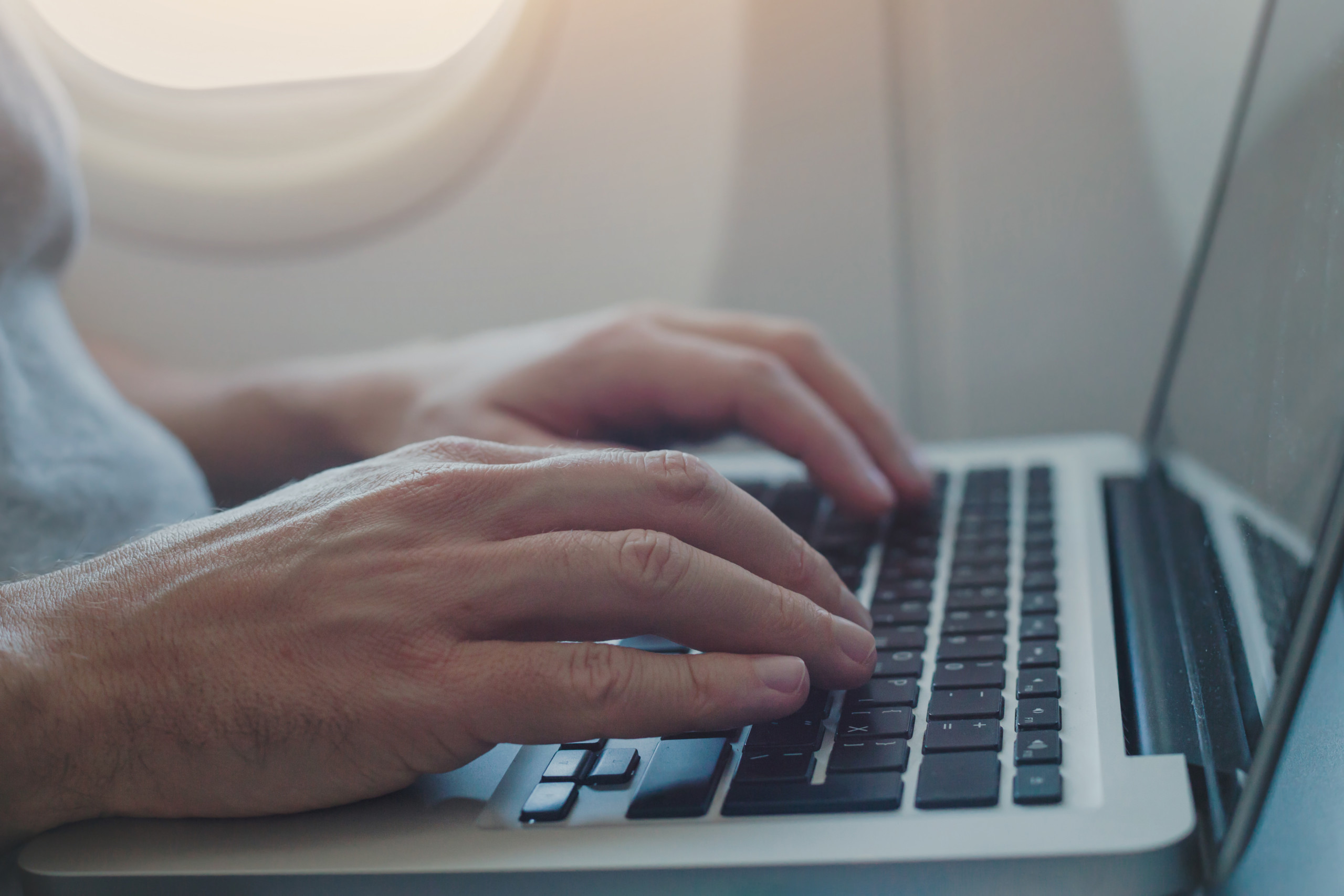 People rely on their mobile devices for far more than just communication. For many, it’s one of their primary forms of entertainment–as long as they have a Wi-Fi connection. Many airplane travelers now expect to be able to bring their primary source of ground entertainment into the aircraft cabin to kill time between takeoff and landing.

Airlines, charter companies and private and business jet owners around the world are quickly catching up with the needs of modern-day air travel customers by adding inflight Wi-Fi to their amenities.

How Does Internet Reach Airplanes?

ATG systems make use of two antennas installed on the belly of an airplane. These two antennas are able to pick up signals from cell towers on land, send them to the cabin server and distribute them via a Wi-Fi router, allowing passengers to connect to Wi-Fi with their smart phone, laptop or other mobile device. These towers operate similarly to the way mobile towers work to deliver connectivity to your cell phone on land.

While ATG systems can be a perfectly adequate internet solution for short-haul domestic flights over areas with heavy cellphone tower saturation, they are not a reliable solution for international air travel or flights over oceans or wilderness areas. This is because areas without cell towers, like deserts, forests or large bodies of water, cannot provide any Wi-Fi coverage.

Also, ATG internet speed typically tops out at 10 Mbps (to compare, your cell phone can provide speeds up to 40 Mbps on average), meaning this type of inflight Wi-Fi typically limits flyers to checking and sending emails, social media or instant messages.

What Is Satellite Ku-Band Service?

Another way to bring internet connectivity on board is through the satellite-based Ku-Band service. These antennas are installed on top of an airplane and receive an internet signal from satellites circling the earth. The signal is then decoded by the airplane server and distributed through a Wi-Fi router.

The satellite service provides a much faster connection than an ATG system, with a maximum of 50 Mbps, but the speed largely depends on the number of passengers on board connected to the same inflight Wi-Fi.

For example, if 150 passengers are trying to stream a movie on Netflix at the same time, chances are good the connection will be significantly slower than if it were just a handful of people checking or sending out emails on a private jet. Also, since there are still only a limited number of satellites, the internet speed tends to slow down when many planes are trying to connect to one satellite.

What Is Satellite Ka-Band Service?

Ka-Band is similar to the Ku-Band service; however, it offers much faster and more reliable connectivity. In fact, Ka-Band is currently the fastest Wi-Fi service available for airlines, providing speeds up to 70 Mbps on board an aircraft.

This speed allows passengers to stream movies and upload photos and videos to social media platforms. Some airplanes are equipped with a hybrid receiver, meaning they can switch between Ka-Band and Ku-Band satellites based on signal strength and availability.

How Can Airlines Benefit from Onboard Wi-Fi?

As we’ve discussed in previous blogs, there are many ways airlines can leverage Wi-Fi as a marketing tool and as a valuable addon to their passenger experience. Although providing onboard Wi-Fi can be costly, airlines are finding creative ways to sell the amenity to generate substantial revenue. Inflight Wi-Fi is expected to generate an additional $30 billion in revenue for airlines by 2035.

When paired with an airline’s own app, providing Wi-Fi can also act as an exceptional gateway into targeted advertising and marketing.

It’s not uncommon for airlines to offer their top-tier customers complimentary Wi-Fi to foster customer loyalty. Some flyers have also suggested that the quality of an airline’s Wi-Fi plays a significant role in their air travel decisions.

Stable, high-bandwidth Wi-Fi is just one expectation of modern flyers. Rosen Aviation is committed to enhancing the passenger experience with cutting-edge cabin features that combine functionality and luxury. You can learn more about our capabilities by calling us at 1-888-668-4955.