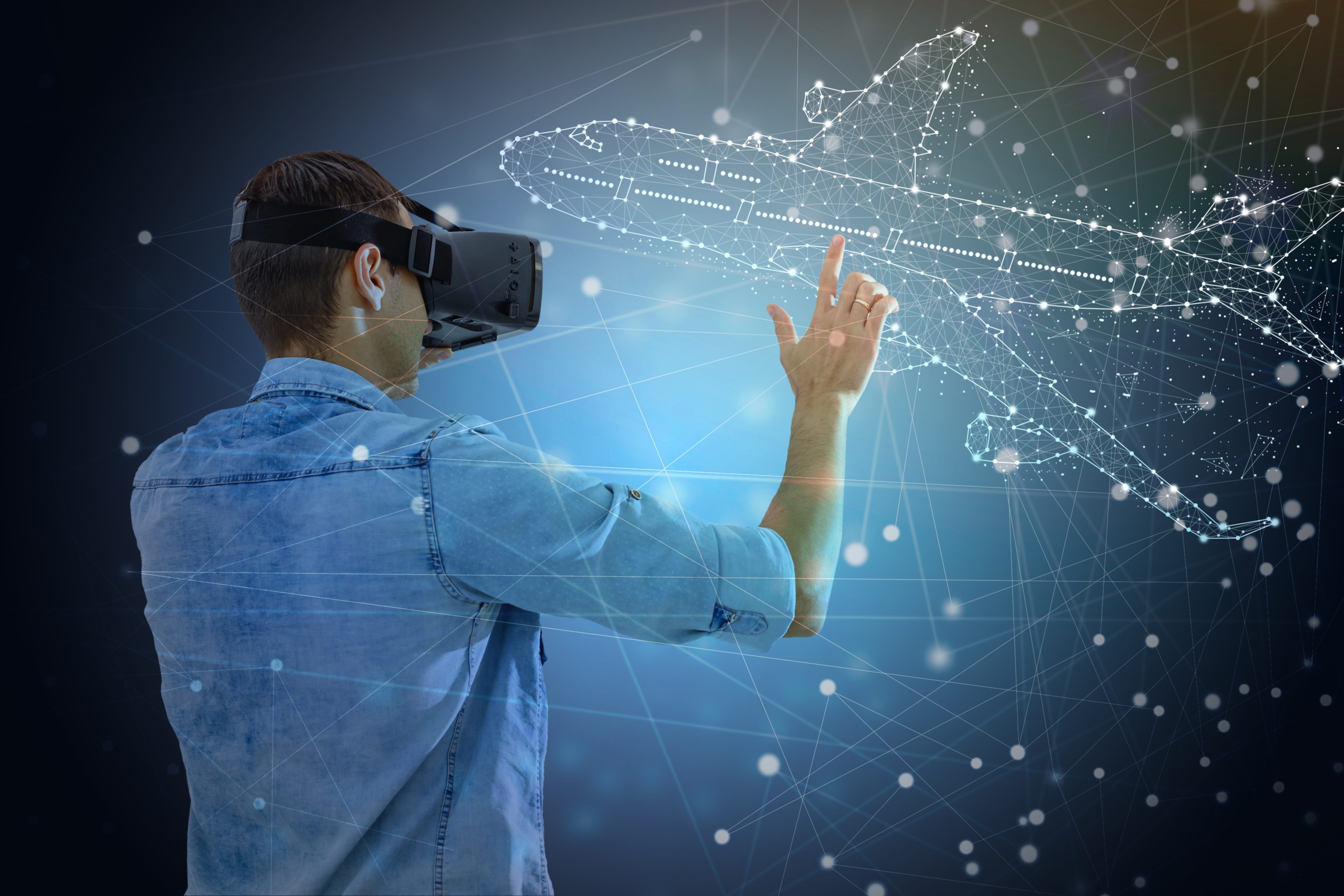 What VR Applications Are Possible for Inflight Entertainment?

Will virtual reality (VR) still be a thing 20 or 30 years from now? A lot of smart people seem to think so. Companies like Facebook are so confident that they’ve rebranded and have aggressively pivoted toward the “Metaverse.” Microsoft has acquired companies like Activision Blizzard in part because it will “provide building blocks for the metaverse.” Google has invested nearly $40 million into a private equity fund focused on metaverse projects.

Whether virtual reality will truly be a revolutionary advancement in how humans interact with the world remains to be seen. It wasn’t so long ago that many of those same smart people thought 3D movies and television was the next big thing, but that fad faded almost as quickly as it began. (The last holdout 3D TV manufacturers gave up in 2017.)

For the purposes of gaming, passengers wouldn’t need a large table for a laptop or a mouse and keyboard. The main drawback are VR games that might require big motions or movements, which are far more restricted in an aircraft cabin with limited personal space.

VR headsets do offer some benefits for television and movie viewing that traditional bulkhead displays or personal displays might not possess. It could let people have a more personalized entertainment experience on a flight since they don’t need to watch media on communal screens. Headsets also eliminate distractions and won’t bother other passengers who want to sleep, read or do something else.

The downside is the isolation, loss of senses and a lack of comfort. Virtual reality headsets are, by their nature, isolating. Even if you’re in a “virtual” space with other people, you’re still essentially isolated in your own headspace.

Headset wearers also don’t know what’s going on around them, which is disconcerting for a lot of people. It’s one thing to cut yourself off from the world when you’re in the comfort, safety and security of your own home. It’s another thing to sacrifice your sense of sight and sound when you’re in public or an aircraft cabin. That idea understandably makes some people feel uncomfortably vulnerable.

There’s also the unavoidable discomfort of wearing a big device on your head. Even proponents of VR generally don’t like wearing the headset for prolonged periods of time.

Some people also have significant problems with motion sickness when using VR devices. Combining air travel with VR is a recipe for disaster for individuals predisposed to motion sickness.

Is VR Entertainment the Future for Air Travel?

To suggest virtual reality won’t make its way into aircraft cabins would be unwise, especially considering some airlines have already started pilot programs for VR inflight entertainment. However, due to the issues listed above, and the cost of VR equipment, it is unlikely that VR is going to completely replace traditional forms of inflight entertainment.

A similar technology, augmented reality, is in some ways better suited for air travel and may offer more practical applications in cabins.

VR and AR technologies are already in the aviation business, and their applications go beyond simply entertaining passengers. The practical usefulness of these technologies may increase their relevance and lead to more widespread adoption, but it’s also possible they’ll go the way of 3D movies and TV.

Staying on the Cutting-Edge of Cabin Technologies

One of the many innovative technologies being developed and implemented by Rosen Aviation is an AR-adjacent solution for cabin management – touchless hologram controls.

Hologram controls are an example of a practical application of augmented reality that is unobtrusive and easy to use. They make cabin interiors sleeker, easier to disinfect and add flexibility in functional design. They also won’t break due to impacts, rough handling or spills.

If you’d like to learn more about hologram cabin controls or the other technologies we develop to enhance the passenger experience, contact us at 888-668-4955.