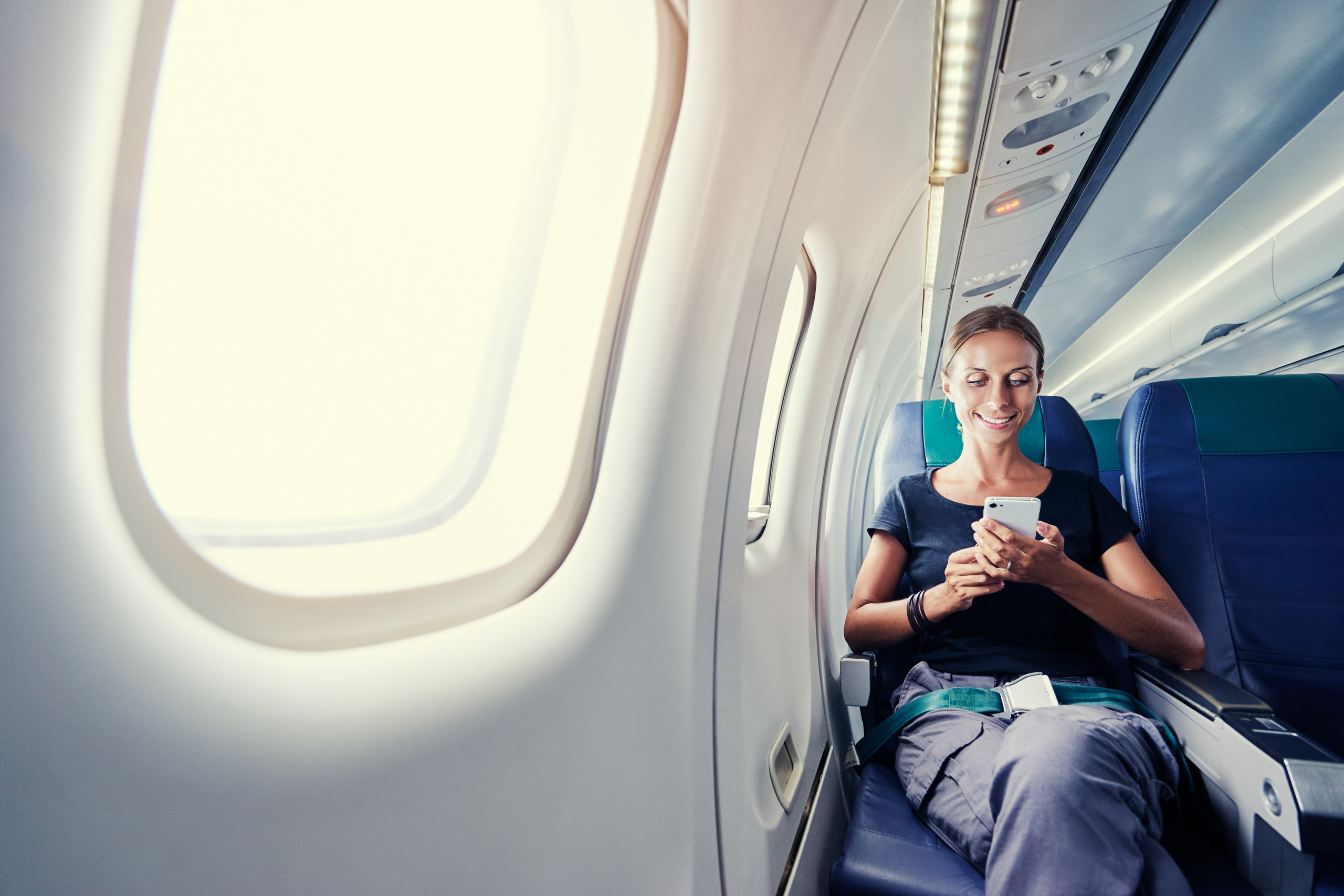 Why Do Commercial Airlines Ask for Phones to be Turned Off, but Other Electronics Are Available for Use?

Most people who travel commercial carriers with any kind of regularity are familiar with the pre-takeoff instructions, “All cellular telephones and other portable electronic devices must be turned off and stowed for departure.”

What’s the deal with those requests? And why does nothing bad ever happen despite many people defying this directive from a plane’s crew?

Why Are Electronic Devices Dangerous?

Although it’s relatively unlikely these days, there is a potential for radio interference to disrupt a variety of avionics in an aircraft. It’s not just a risk when someone is actively talking on a call. Phones and other electronic devices do periodically send out bursts of energy that theoretically can cause problems.

The FAA updated their guidance in 2013 thanks to airplane mode on most cellphones. As long as phones are in that mode they shouldn’t interfere with the plane’s radar, ground communications, collision avoidance systems or navigation. This is in large part because the avionics in modern planes are intentionally shielded from this type of electronic radio interference.

Airplane mode should be viewed as an added failsafe; another layer of protection to ensure a flight isn’t that one-in-a-million perfect storm of dangerous coincidences. Flyers should heed these warnings. Just because something is unlikely to happen doesn’t mean it’s impossible, and it’s doubtful most flyers want to be the cause of a serious accident.

It’s like texting and driving. Is that next text message reply really so important that it’s worth risking a trip to the hospital or potentially ending someone else’s life?

Is Bluetooth Safe on Planes?

Yes, Bluetooth is safe to use on a plane as long as your phone is in airplane mode when you’re using it. The major interference concern isn’t Bluetooth signals, it’s cellular signals.

Connectivity Issues for People on the Ground

Airplane mode actually isn’t all about inflight safety. At any given time, there are about 5,000 planes in the skies over the United States. About 2.9 million people fly in and out of the nation’s airports every day. That’s a lot of cellphones in the air over the country pretty much all the time.

Phones that aren’t in airplane mode are constantly trying to connect to the nearest cell tower, and an airborne phone not in airplane mode will be connecting, disconnecting and trying to reconnect to the nearest cell phone tower on the ground. In many cases there are multiple towers in range, which means those phones are slowing down potentially dozens of towers at a time.

These attempts to connect do put a strain on cell networks. Without airplane mode, cell service for those of us on the ground would be negatively impacted on a daily basis.

If flight attendants ask you to turn off your cell phone completely due to inclement weather, like heavy fog, clouds, rain or snow, you should heed their warnings. There are scenarios where pilots are relying on instrumentation to get a plane down safely and excessive cell interference could actually disrupt their ability to make a safe landing.

Why Do Large Electronic Devices Need to Be Stowed for Take Off and Landing?

The danger posed by computers is less about electric signals and interference than it is about weight and size. If something does go wrong during takeoff or landing, a relatively heavy laptop could become a projectile and cause serious injury to you or someone else on the plane. Large devices could also hinder evacuation should the need arise.

That’s also the reason why you might be advised to unplug any devices during takeoff or landing. A bunch of wires strung about a cabin create tripping or tangling risks and could make it harder for everyone to get out of the aircraft quickly and in an orderly fashion.

It’s Better to Be Safe Than Sorry

Is forgetting to put your phone on airplane mode the equivalent to smoking a cigarette while you’re pumping gas? No – it’s not quite that dangerous, but it’s not entirely risk free. Following the safety instructions of a flight’s crew is both polite and common sense.

Chances are your failure to turn all your electronics off won’t result in a crash, but it’s not worth rolling the dice when the inconvenience of being without your IFE will last mere minutes.

Aviation technology is complicated, and there are a lot of rules and FAA regulations airlines and aviation engineers must adhere to in order to keep air travel safe and tolerable.

The team at Rosen Aviation knows these regulations well, as we have decades of combined experience designing and developing an array of IFE solutions that adhere to the strictest safety standards imposed by the FAA and EASA. Carriers and airlines seeking technological solutions for improved connectivity and IFE can contact our team by calling 888-668-4955.